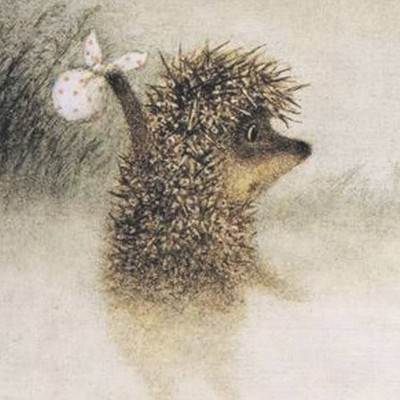 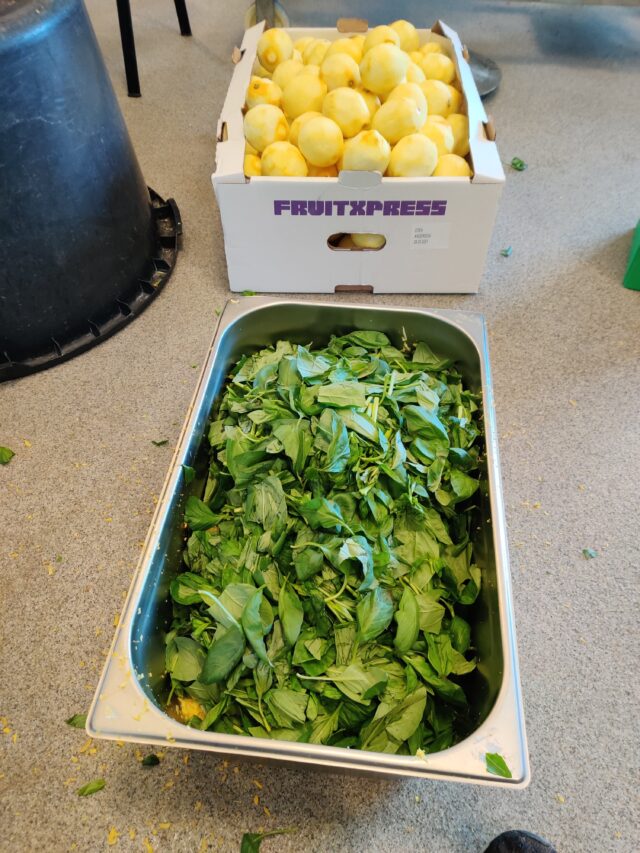 The demand for non alcoholic beverages has been on the rise for a couple of years now. People ask for non-alcoholic beer quite often and while we did brew one once (Wish You Were Beer), it didn’t turn out that great and we’ve since run out of it. So we needed something new. And why not a lemonade this time?

But. To make a good non-alcoholic beer/lemonade you need one very important tool – a pasteurizer. Most craft non-alco beers are made like this – brew a wort, start fermentation, wait until you reach about 0.5%, cold crash the beer to stop yeast activity, can/bottle, pasteurize to kill the yeast. Without the pasteurizer the residual sugars will most likely start to referment in the can/bottle and this will cause all kinds of trouble. We did a radler once with grapefruit juice (A Real Pink). Fermented the beer, added the juice, boiled the whole thing to kill the yeast and then bottled. A few bottles lasted okay, but more than half still started fermenting in the bottle and caused gushers.

So I came to the conclusion that we have to somehow make a beverage with no fermentable sugars at all. When you normally make lemonade by mixing fruit juice with water and CO2, this option was out. All juices, even lemon juice contain fermentable sugars. So I turned to herbs and zest because there are no sugars there. Made two little test bottles – one with lemon zest and basil and the other one with grapefruit zest and ginger. To make it more craft-beery I added some Citra hops to one bottle and Galaxy to the other. Now in order to somehow compensate for the lack of juice, I added some lactic acid for tanginess. This is something that most breweries use in every beer to lower the ph. It’s also the main thing that makes the lambic beers sour. For sweetness I looked at artificial sweeteners because once again we couldn’t use anything that could ferment. I found erythritol – a sugar substitute that’s about the same sweetness as normal table sugar. It worked fine, but doing the math later revealed that it’s way too expensive to use in larger volumes.

So of the 2 test bottles the lemon and basil one came out way better and we decided to move along with this one. We decided to make a 500L batch for starters. Enough to get something in the can but not so much that we would cry over it if it didn’t work out. Boiled some water and zested a bunch of lemons. We decided to add all the ingredients in the boiled water while hot and then pump it to the fermenter to get the most taste and disinfect everything. 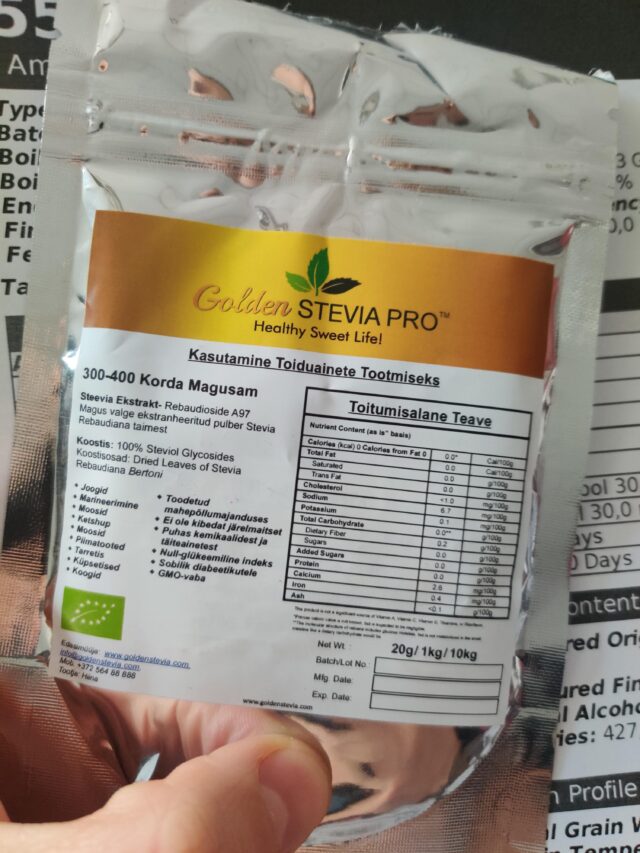 This worked out quite well, but we needed to add some additional basil later or. For the sweetener Anton managed to find a nice lady who sells different Stevia products. Neither us or her knew how much and which one to use (she had tens of different ones) but we picked one and went with one package which worked out perfectly.

When we were happy with the taste we transferred the lemonade to another fermenter to leave all the sediment behind. While doing this we discovered that half of the stuff was frozen. With beer you can hover around the 0 degrees with no problem, but with water it’s a different story. But after 2 days it melted and we got everything to the other fermenter. Now the carbonation part. We carbonate beverages by running CO2 through the liquid that’s as cold as possible. The lower the temperature the more the CO2 will dissolve. But we we’re afraid of freezing it again so I stated with +1.5 degrees, carbonated for 2 days – felt flat. 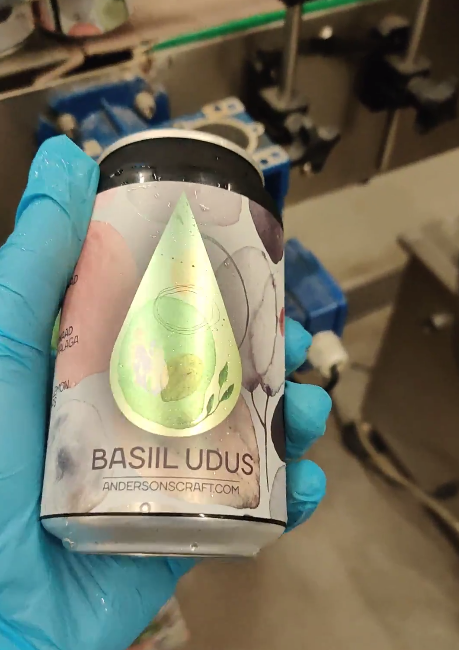 Lowered to +1 and tried again. Still flat. And so on until it stated to freeze again. In the end it still felt quite flat by taste but was foaming like crazy. The CO2 meter read 3.1 units which is high. We usually carbonate our beers to 2.4 units. When the canning day arrived, it was still so foamy that we couldn’t get it in the can. Ended up with 100ml of liquid and 250ml of foam. So we decided to let it settle for a few weeks and try again. A day before the new canning day arrived it still felt very foamy so I decided to take a risk and add a bit of antifoam. This is a product we use in the boil kettle to avoid boilovers.

Nobody knew if it would work on a finished beverage but it was kind of the last straw to try. And it worked out wonderfully. We got it in the can with no problems.

The name – I had 2 thematic ideas. First one was to use cartoons because lemonade is also drunk by children. The other was to use something Estonian as we will probably sell it mostly in Estonia. In the end the name covered both themes. A very classic Estonian cartoon. This was one of those names where when you come up with it there’s this instant Heureka moment and you know that’s the one. For the packaging we decided to go with black cans as opposed to our regular silver ones. In the future we will package all non-alcoholic beverages to black cans so it’s easier to distinguish them. Kristin also made a great label as always.