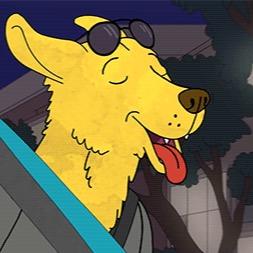 I can’t really remember how long I had the idea of creating a peanut flavored beer. I remember doing a homebrew with peanuts in the mash. I also remember there was zero peanut taste after fermentation. Then there was another try with peanuts as dryhop but this also turned out not great. So I let the idea go for a while. Brewing with peanuts is something that’s not very straightforward – they don’t give much taste and they’re oily. And everybody knows that fat and beer don’t go together – it kills the foam. 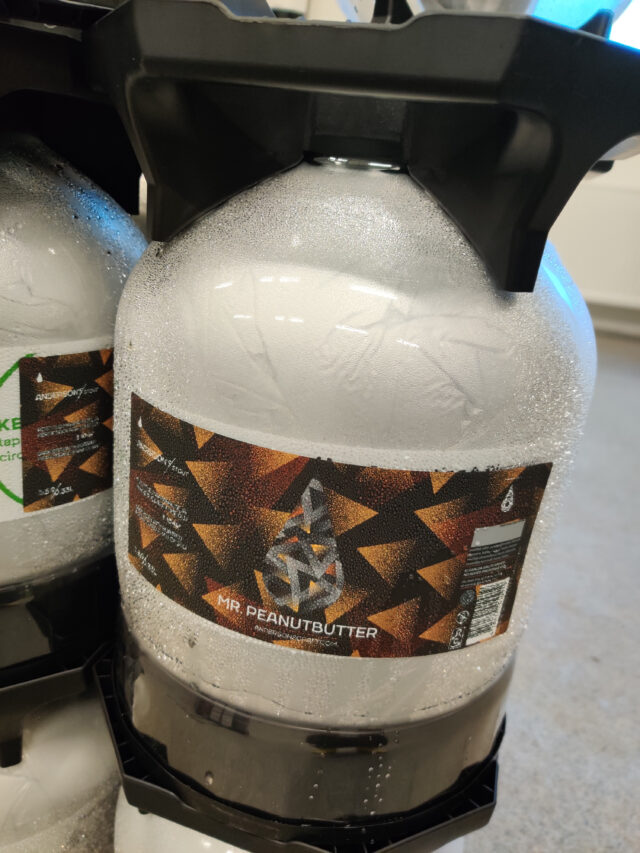 However, when we got our own brewery, the idea came back and I wanted to try again. After some research I found that the best way would be to add powdered peanut butter, but that’s so expensive that the resulting beer would be way too pricey. Back to the drawing board – I found a post where one homebrewer claimed to have had good results with roasting peanuts to remove the oils and then adding crushed peanuts after fermentation. We managed to find some roasted crushed peanuts for a reasonable price and the idea was a go.

We brewed a small 1000L batch in case it doesn’t work out that great. After fermentation we added 50kg on roasted peanuts that we heated in beer wort to sterilize them. 50kg is a lot of volume so it took many potfuls and the whole brewery was covered in peanut oils. But it’s good fat right? There was also the question of whether to just dump them in or use muslin bags so that we could later separate them from the beer easier. We tried with the bags, but our dryhop ports are only 10cm wide so we couldn’t really get them in the fermenters. Then we tried to add the bags to an empty sterilized fermenter and transfer the beer on top of that but the whole process was so messy that we decided against that. The risk of contaminating the beer was just too high. So in they went without any bags. After the initial 50kg had been in the beer for a week we found that there was hardly any peanut flavor so we added another 30kg. 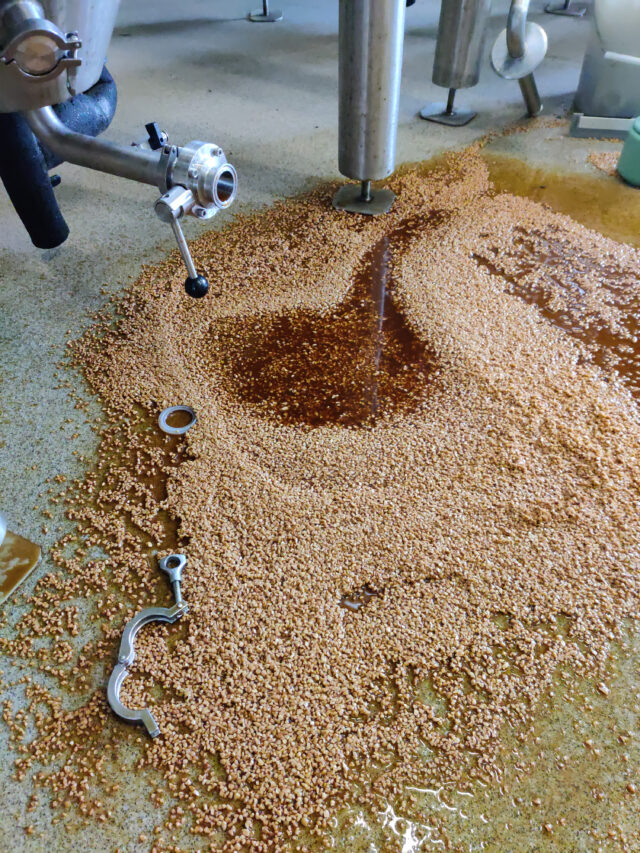 As for removing the peanuts from the beer we were hoping that they would settle at the bottom of the cone and we could dump them out. Well, that didn’t work out. The peanuts clogged both outlets and whatever we tried, we couldn’t get them out. There was just a tiny dribble of beer from both outlets. So we pumped up the pressure and pushed the whole beer through the mass of peanuts at the bottom of the fermenter. We figured that as long a there’s even a tiny dribble, it will eventually get there. While a normal beer tranfer takes about one hour, this took about 48. And we were left with only 800 liters. After the beer was transferred and we got a look at what was left, it was quite obvious why we couldn’t get anything out of the valves. The whole cone was peanuts. 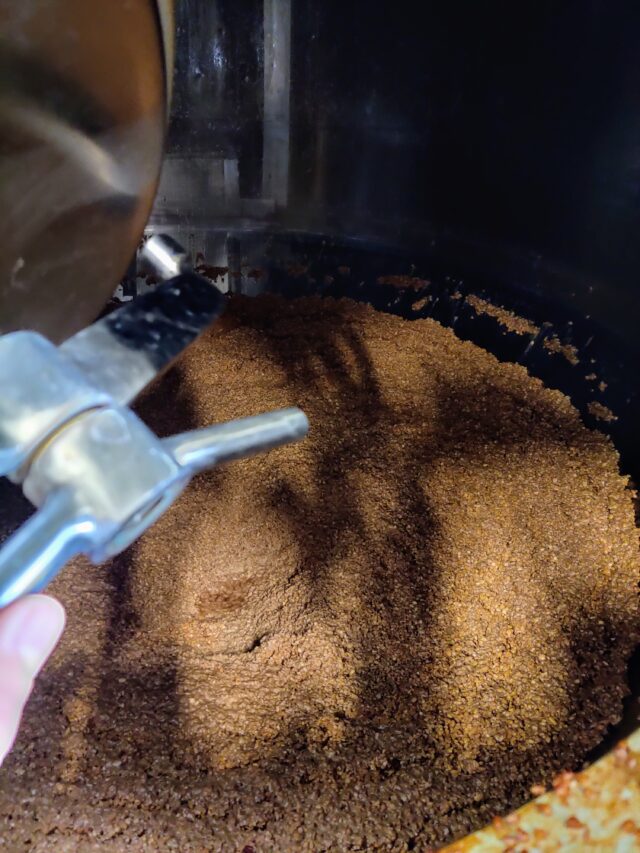 But we got the beer out into the brite tank. Without the peanuts (mostly). Later, when we were canning, it turned out that a small amount of peanuts had made it through and clogged up the canning line.

As for the name – I’ve been a fan of Bojack Horseman for a long time and always wanted to reference that show somehow. And this was the perfect opportunity. While the nickname of this beer during the process was Snickers, it ended up being called Mr Peanutbutter.

It sure was a lot of very messy work, but in the end I’m glad we managed to get so much peanut flavor into the beer and it turned out pretty Snickerish. I just hope that it won’t be very popular so we don’t have to do all of this again :). Cheers!

next
When life gives you lemons (and basil)
0
[]